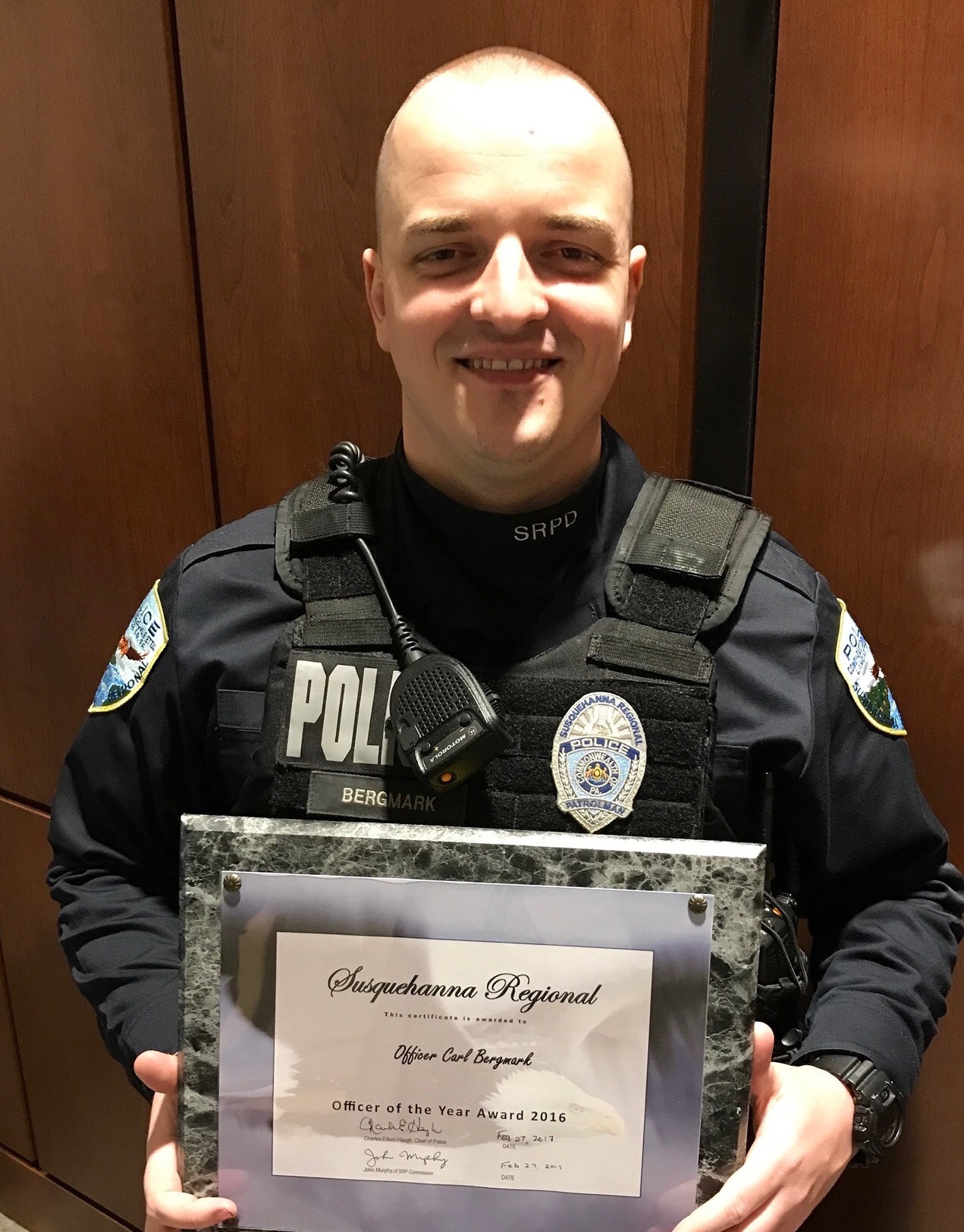 These Officers responded to a call in East Donegal Township where a suicidal subject barricaded himself inside the residence with firearms. Upon entering the subject’s residence and announcing their presence, the officers discovered a locked bedroom door and during the attempt to gain entry into the bedroom the suspect opened fire on the officers. Officers maintained their positions and attempted to open a dialogue with the subject. During this time Officers heard an additional shot and discovered that the subject self-inflicted a gunshot wound to the chest.

These officers were faced with a potentially life threatening situation and they all displayed a level of courage and teamwork. The actions by these officers during this incident keeps with the highest traditions of police professionalism.

Officer Kimes and his partner responded to an attempted suicide call, where an individual shot herself in the forehead. Officer Kimes administered the initial first aid at the scene until EMS arrived. Over the next several months Officer Kimes, on his own time, followed up with person, driving to the hospital in Philadelphia on 3 separate occasions taking part in the individuals recovery process and continued staying in touch with individual during her recuperation at home in York County.

Officer Kimes displayed a dedication to his duty beyond what most officers would do. His display of compassion and concern and dedication in this incident keeps with the highest traditions of police professionalism.

The awards ceremony was followed with a social gathering and refreshments. 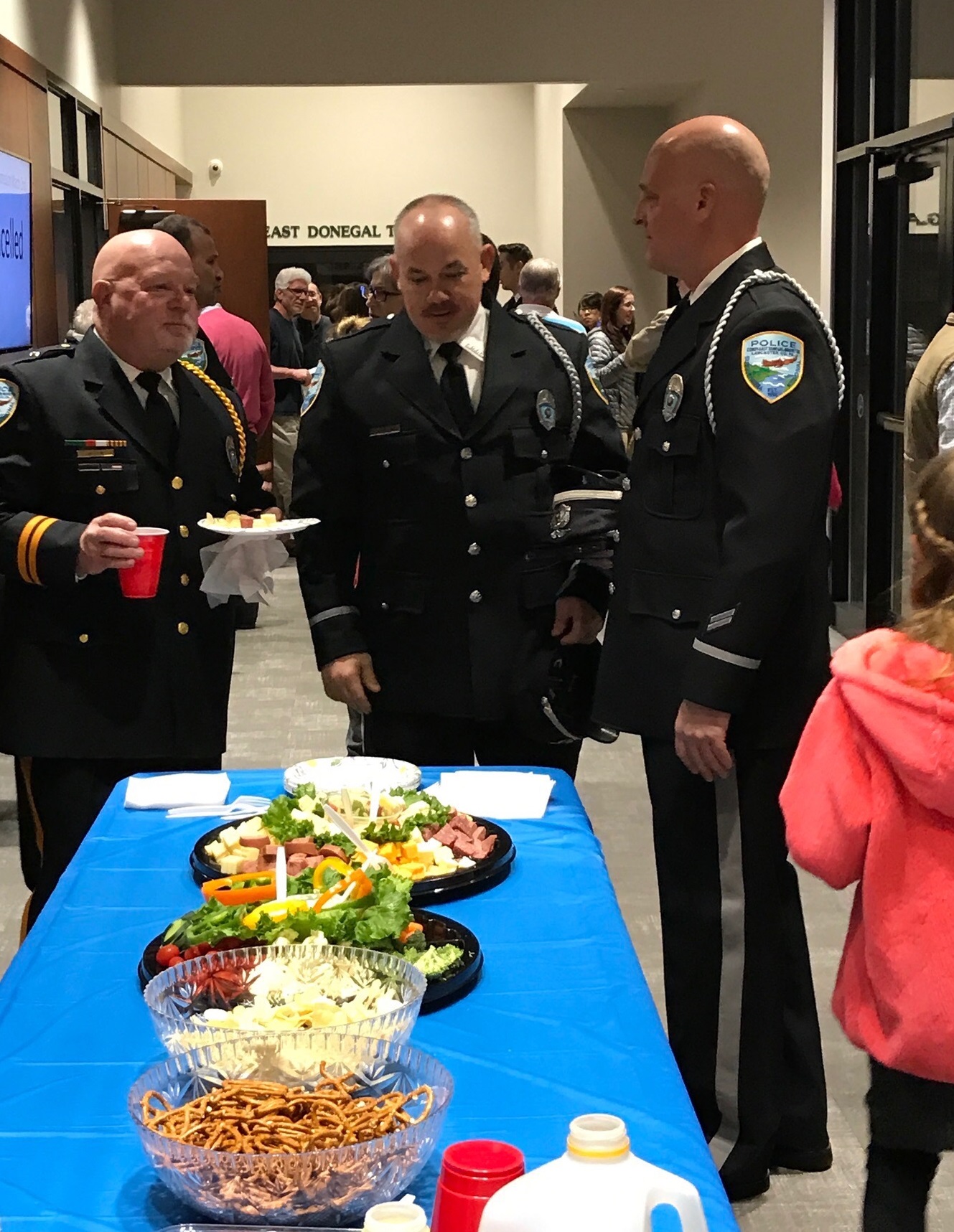